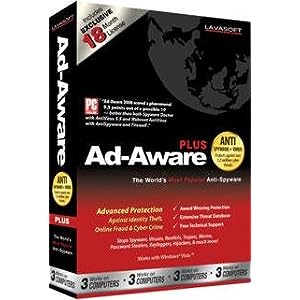 With behavior-based threat detection and integrated real-time monitoring, Ad-Aware focuses on core consumer security needs. Instead of adding layers of bells and whistles – thereby slowing your computer and scans down – we have decided to focus on what really matters. Ad-Aware provides advanced threat protection, and is significantly lighter and faster than our previous versions.

Version 8.3 has now expanded to include anti-virus protection.

One of the first applications built to find and remove malware and spyware, Ad-Aware’s reputation is well-justified. The latest version continues the publisher’s tradition of adroitly addressing user concerns, but isn’t yet perfect.

Building on the improvements made in version 8, former Ad-Aware users should be glad to hear that the program installs faster than it used to. Without a doubt, though, this version of Ad-Aware improves greatly on what has come before. It loads faster during your boot cycle, and scans are faster. Empirical tests noted that while the Quick Scan finished in less than 10 minutes for version 8, the current version’s Quick Scan finished in under three minutes. Previous files that had been falsely detected as threats weren’t flagged this time around, probably due in part to Ad-Aware’s behavioral detection engine. Called Genotype, it’s based on heuristics and uses a one-pass scanning system, Genotype isn’t directly exposed to users, although you can opt in to anonymously contribute data from the Settings menu. The new version also explicitly calls out in the scan windows what the scan looks for.

New users should note that Ad-Aware Free performs faster than integrated antivirus and antimalware programs in part because only the paid version of Ad-Aware comes with an antivirus engine. Other important features are disabled in the free version. While rootkit detection is present, behavior-based heuristics and real-time registry protection are not. Ad-Aware Free cannot scan networked drives, and even a basic feature like the scheduler remains off-limits to nonpaying customers. The proprietary real-time defender Ad-Watch Live has been reconfigured to run more smoothly in the background, however, and long-time fans will notice the change. Ad-Aware continues to make improvements and seems to be unwilling to rest on its malware-removing laurels, but the free version is undeniably hamstrung.

Read More Ad-Aware Plus With Anti-Virus