The Crysis 2 Limited Edition will be available for no additional cost, while supplies last, and features four must-have in-game unlocks for the ultimate multiplayer experience: Bonus XP – Players will jump into multiplayer battles with an edge by starting with enough experience points to gain early access to all 5 preset class load-outs. SCAR Hologram Decoy – This special attachment to the SCAR will project a hologram image of the player, allowing them to confuse their opponents with the decoy. SCAR Weapon Skin – This digital camouflage skin will allow players to add a personalized touch to one of the more popular assault rifles in the game. Platinum Dog Tag – This special one-of-a-kind dog tag is one of over 250 that will be collectible in Crysis 2 multiplayer, helping to separate you from the rest of the field. The world has been ravaged by a series of climatic disasters and society is on the verge of total breakdown. Now the aliens have returned, with a full invasion force bent on nothing less than the total annihilation of mankind, starting by trying to rip the heart out of Earth’s most iconic city. In New York, terrifying alien invaders stalk the streets and a nightmare plague strikes down the city’s myriad inhabitants with brutal epidemic speed. The city’s systems are in chaos, its streets and skyline are smashed and in flaming ruin. This is New York City like you’ve never seen it before. 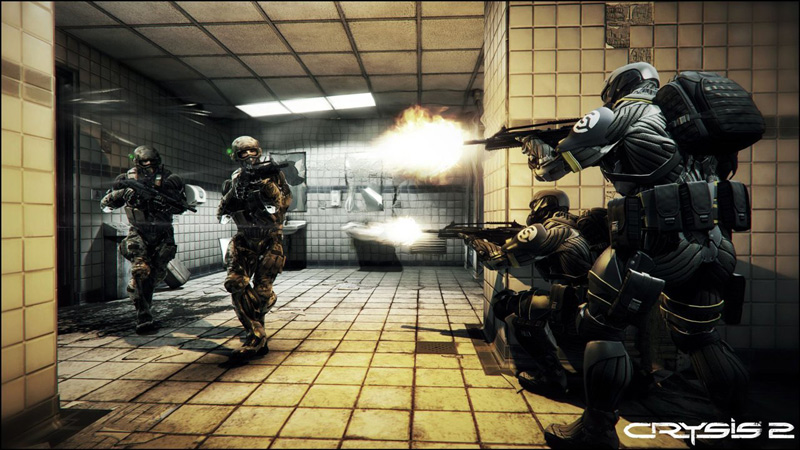