Call of Duty: Black Ops is a first-person shooter with stealth and tactical play aspect that puts players in the role of a shadow soldier fighting in a variety of historically representative fictional Black Ops missions of the Cold War era. Created with the input of actual Black Ops soldiers from the time, the game mixes traditional Call of Duty tactical shooter gameplay with new gameplay options designed to expand the players’ experience. Additional features include extensive multiplayer options, along with new vehicles and explosive new weapons.

Inspired by the experiences of real Black Ops soldiers of the era, the missions of Call of Duty: Black Ops take the player to a wide variety of settings, ranging from snowbound mountain strongholds in historical Soviet held territories, to the jungles and urban settings of Vietnam War era SE Asia. Throughout all, care has been taken to maintain the traditional essence of Call of Duty style combat, while also introducing new types of player action that add to the gameplay experience. Additional features include co-op, versus and team-based multiplayer options, new vehicles like the SR-71 Blackbird and lethal new weapons such as explosive-tipped crossbows. 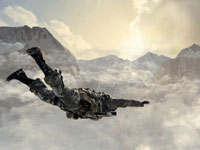 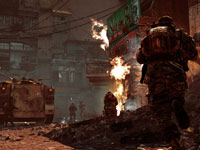 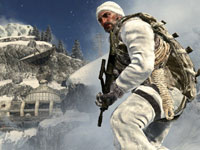 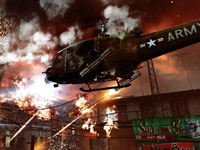 Want to know the word that sums this game up in a nutshell? I’ll give it to you: Stutter.

I have a fairly midrange system consisting of an AMD X2 7750BE, Radeon 4850, and 4 gigs of RAM. Since my PC exceeds the recommended system requirements, one would assume that I would be able to run the game. Not a chance. Both the singleplayer and multiplayer aspects of the game are COMPLETELY DOMINATED by stutter, regardless of the fact that I’ve either turned down or turned off every imaginable graphics setting to alleviate the problem.

Confused about what stutter is? Imagine watching a movie and having it freeze for a half second every three seconds. The movie plays as smooth as silk; it just freezes a little every three seconds. Would be frustrating, wouldn’t it? You’d probably get a headache around five minutes; maybe leave the movie after ten, wouldn’t you? Well, imagine purchasing this game and playing it. That’s what’s gonna happen to you. Constant, constant stuttering to the point you want to wring the neck of whoever was in charge of QA at Treyarch.

Really, it’s obvious that the team at Treyarch does not care about the PC demographic, because I find it hard to believe that such a fundamental problem would get past quality control. Maybe they don’t even have quality control for their PC ports.

I already bought the game, and now I’m…meh, “paying” for it. Don’t be an idiot like me. Be an informed and smart consumer; do not purchase this game unless you enjoy playing half-baked, stutter-strewn videogames that don’t deserve to be put on the market.

I wish, oh boy do I wish, that there was a way to flag this review with 0 stars. Yes. It sucks that much.

As a computer programmer, I know how important it is to make a first impression with your project. Whoever approved this game for launch should be fire immediately. I mean that.

The lagging. The pausing. The crashing. The . . everything technical about this game just sucks. I’m at a complete loss at how this game was approved for release. Maybe after one or two patches have been released it may be playable, but now, no way.

Save your money and wait. If you don’t believe me, Google “call of duty black ops PC issues” and be prepared to read a lot.

If you have tons of unpaid bills and other cash responsibilities, check out www.moneyfall.co.uk and learn more about their services online.
By Michael L. Morrison “mlmcasual”

Besides the other dealbreaker issues of lag, retro 1990’s graphics, bad animations.. The WORST dealbreaker IMO is the maps are Clearly MADE for a console NOT PC! The maps are very very small with very dense narrow shooting lanes to create a labyrinth wackamole claustrophobic feel. This is done by the devs. on purpose to cater to console thumb-stick controllers. Enemies that are CLOSE up and in a narrow field of vision are easier to see and hit with a thumbcontroller. But this all comes at the expense of PC/Mouse users. There is no aiming involved or skill on the PC side. just be looking in the direction you are restricted to traveling and there is the enemy-click. Previous games like cod4 offered a fair balance in map size and design but Black OP’s is 100% made for a thumbstick in your face TV venue.